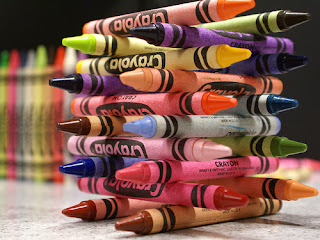 My work with moms as a professional organizer often takes me into children’s rooms and play areas. Often these rooms look like they were hit by a toy hurricane. It can seem like an overwhelming job to bring order back to these spaces, but the thing to remember is this: If you get rid of the excess, you can get rid of the mess.

In other words, the key to getting your children’s play spaces under control is to eliminate the toys they are not playing with anymore and keep only what you have room to store.

However, doing a toy sort with your children can be difficult because they are often reluctant to part with their toys, even if you know they are no longer played with. Here are some tips to make the toy sort go easier:

1. My favorite method for my preschool-age son is to sort through his toys the day before his birthday or Christmas. The next day he will get enough new toys that he won’t notice the toys that are missing.

2. For kids over the age of 5, entice them to sort their stuff by offering to host a garage sale and letting them keep the proceeds from any toys that sells.

3. Pay them a dime for every toy they get rid of.

4. Make it a contest between siblings to see who can fill up the most bags with giveaway toys.

5. Make them a deal that if they fill up, say, two boxes with castoffs, you will buy them the new toy they’ve had their eye on.

6. Older children may be motivated by explaining to them that donating toys to the Salvation Army allows less fortunate children to be able to afford nice toys. You can also try donating the toys to a church nursery or family shelter. Be sure to call first to make sure they will accept used toys!

7. When all else fails, put some toys in rotation. This means boxing up a percentage of your child’s toys and putting that box into storage for 3-6 months. After that time period, let the child have those toys in the box again, while you box up another set of toys for 3-6 months. The toys that were recently opened from the box will seem brand-new to your child, while you are minimizing the number of toys in the playroom.