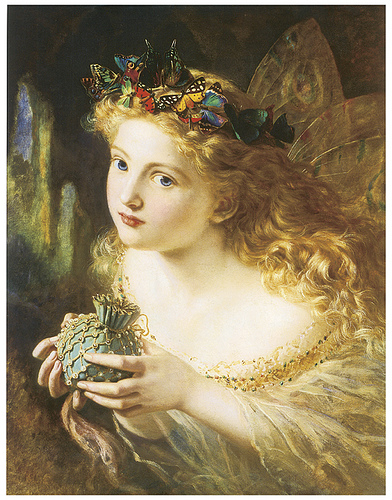 I work with a lot of moms with young children as a professional organizer, and I often find myself sharing ideas for teaching their children how to pick up their toys. Recently, someone introduced me to the idea of the “Toy Pick Up Fairy.”

It has reportedly worked for some families. And at a surface level, I can see where it would be very effective. It also takes the pressure off the parents being the “bad guys” because the consequences for not putting the toys away lies with the Fairy, not the parents. It works, and it’s easy.

But then I started thinking about this idea further, and realized I had some misgivings about it. First of all, what motivation is there for the kids to put their toys away once they realize there is no Toy Pick Up Fairy? Is it best to motivate them to clean up out of fear? Or does it teach better life skills to motivate them to clean up so they have more space to play, feet don’t get hurt by stepping on toys and toys don’t get broken by being stepped on?

I do advocate putting toys in time-out for a day when children refuse to put them away after being asked, but I strongly discourage throwing toys away out of punishment. There has been some research that indicates that throwing away toys out of punishment or in anger can be traumatic for children. But what if the Toy Pick Up Fairy throws them away instead of Mom and Dad? Does that make it acceptable and non-traumatic?

I would love your opinions about the Toy Pick Up Fairy. Should I pass this idea on to the parents whom I work with? I honestly can’t make up my mind about it, so other perspectives would be appreciated! Write in the comment section below or email me at info@respacedpdx.com.

Image of fairy whisking away your child’s Legos in a bejeweled bag posted by Demented Pixie at Flickr.