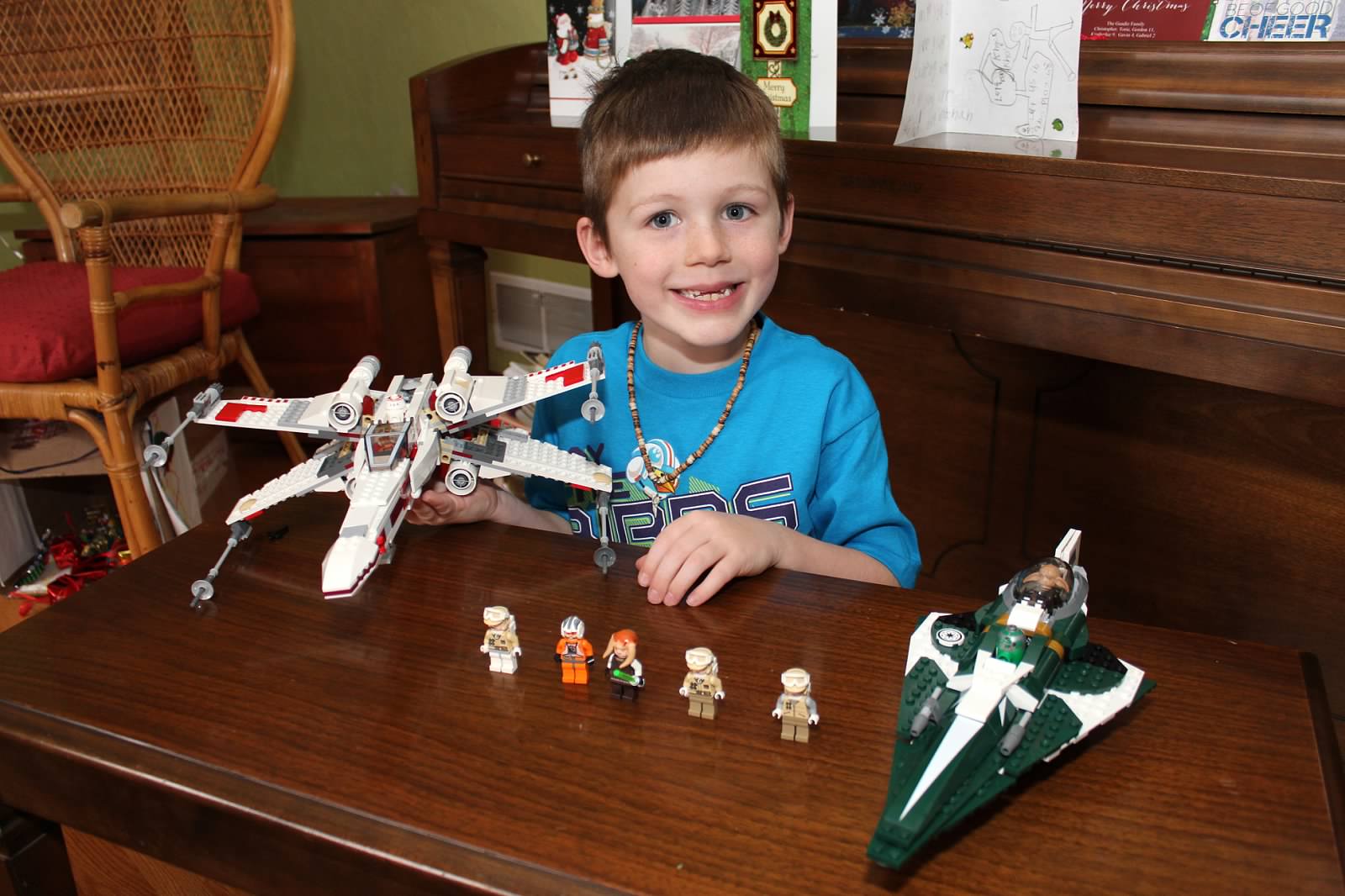 In the last few weeks, I came to a momentous decision: I decided to allow my 7-year-old son to keep his Legos in our living room.

Those of you who have heard me speak about organizing toys probably know how much I hate Legos (thousands of ugly, tiny pieces of plastic, each of which go to a different Lego set, thus requiring them to be organized minutely AND kept organized by children who couldn’t care less about organizing). I always advise parents to keep toys — including Legos — in the playroom or kids’ bedroom, because it is easier to keep the house feeling orderly and more manageable when toys are limited to certain spaces.

This decision to store the Legos in the living room didn’t come lightly. For the past 3 years, we have stored the Legos in the playroom in the basement. There, Nathan had plenty of room to spread out and build to his heart’s content. And if the Legos didn’t get picked up and put away quite every night, well, that was ok because the playroom was in an out-of-the-way corner of the house.

But I noticed Nathan played less and less with his Legos. Turned out he didn’t like to play down in the playroom, because it usually meant being by himself. I noticed he played with the Legos more when he was in the living room, because that’s where I tended to be more often. This was problematic because I wanted him to play with his Legos more. I think Legos teach kids so much in the way of math, physics, design and more.

So — deep breath — I decided to let him store his Legos upstairs in the living room. Currently, they all reside in a red bin tucked between the couch and the end table. Because of the way the couch is positioned, they are not immediately visible when you walk into the living room. (Completed Lego sets are on display in Nathan’s room.) And Nathan knows that if he wants me to continue to allow the Legos to live upstairs, he has to be diligent about putting them away everyday.

So far, so good. I haven’t stepped on a Lego piece yet since they have come to live upstairs, nor have I had to gaze too long at their garish, plastic ugliness. Nathan has been pretty good about putting them away when he is done with them. It turned out it was a good rule to break.

Which leads me to this question for you all: Do you have any “rules” in your house that you decided to bend? Why did you make that decision? Share in the comments below!