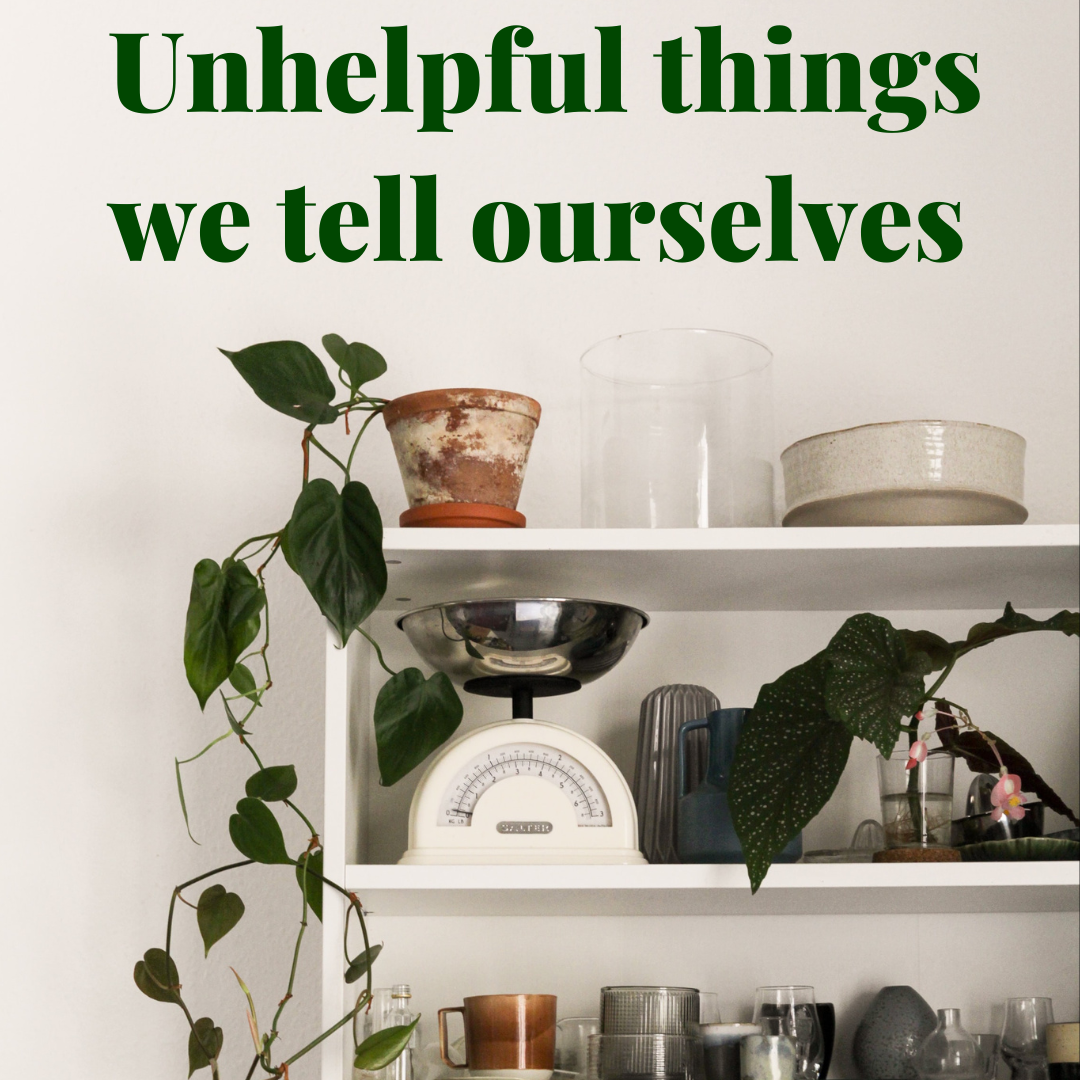 Hoo boy, we are sometimes our own WORST enemy when it comes to getting organized because of the things we tell ourselves! Here’s a list of the most common thoughts we hear and how to reframe them:
Thought: I’m just going to put this here for now.
Reframe: Stuff never stays there momentarily. Chances are, it will sit there for days, weeks or months before we get around to figuring out what to do with it. We should deal with it now if we want to save ourselves a bigger headache later on.
Thought: I’ll put it away later.
Reframe: Similar to the problem outlined above, our stuff will sit around for a long time before later rolls around. Putting stuff away isn’t much fun, but it sure beats spending days on end cleaning out a space later on.
Thought: But it was on sale.
Reframe: It might not have cost us much money at the time, but it will cost us our space. And down the road, it will cost us our time — time spent cleaning around it, maintaining it, deciding what to do with it, and ultimately, figuring out how to dispose of it.
Thought: I can’t get rid of it because it was a gift.
Reframe: We are hanging on to something we don’t want, just so we don’t offend the gift-giver, who probably forgot that she even gave it to us! Chances are, our fears of being found out will never come to fruition (can you remember every gift you gave in the last 5 years?)
Thought: I might need it someday.
Reframe: Our house shouldn’t be a warehouse of things that might be useful in the future; the majority of the house should contain items being used now. Make space for the way we live now and let the store be the store.
Thought: But it’s so cute!
Reframe: Even though it is cute, we have limited space in our homes. So why not make space for the things that are cute AND useful now?
Thought: I paid a lot of money for it.
Reframe: How long do we need to keep something to feel like we got our full money’s worth out of it? It’s a very subjective answer. Something to keep in mind is that our item is not making us money while it sits in our house. So if it’s really the money we are after, we should take action now to sell the object.
Photo by Beazy on Unsplash.
Like this post? Then follow us on Instagram or Facebook. In need of professional organizing services in the Portland Metro area? Contact us for an assessment and get an estimate on your project here.

7 tips to help you get organized when you have low-energy
7 great things about working with reSPACED organizers
Pretty organizing containers are not enough
Will you make me get rid of my things?