Over the summer, I found out I was nominated for Red Tricycle Portland’s Most Awesome Mom-Run Business award! (Red Tricycle is an online guide to things to do and see in the city with your children as well as a guide to family-oriented services.) You may recall I asked you to vote for me, and many of you did. Well, thanks to you readers taking the time to vote, I won! Here’s a picture of me at the Awards Party back in September (yes, I’m a little slow to post this.) 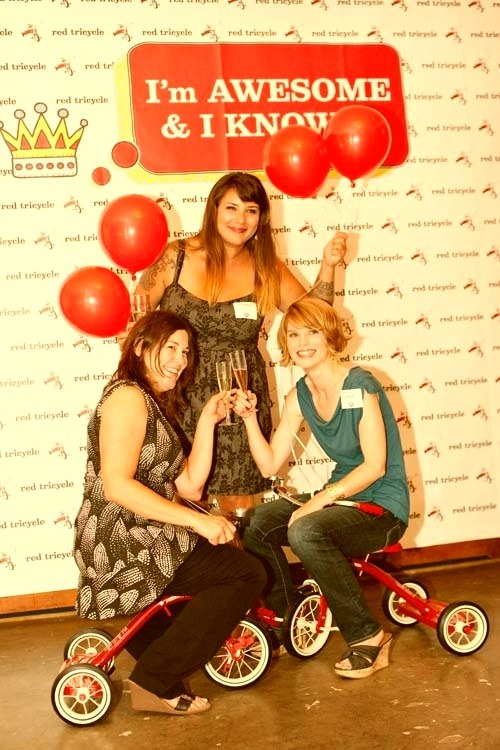 I’m the one on the trike in the blue shirt. Those are my friends Suzie, who is a newly hired writer for Red Tricycle (on the left) and Rae Ann (holding balloons), who represented the Urban Mamas website, also an award-winner.

So because I won, reSPACEd gets to be listed on Red Tricycle’s website for a whole year. They wrote a nice little article about me (read it here). The award also includes some other helpful goodies like an ad spot and an Q&A interview, which will be published on their site. And I got to go to their awesome party at Northwest Children’s Theatre, where I met other family-oriented businesses and drank copious amounts of pink champagne.

So thank you, THANK YOU for voting for me! I couldn’t have won Portland’s Most Awesome Mom-Run Business without you.

Pretty organizing containers are not enough
Will you make me get rid of my things?
Still going strong, even with the county freeze!
We are looking to hire another professional organizer!